I just regifted a (slightly) used dust-buster to my ex-boyfriend.

Am I the best ex-girlfriend or whatever?

Seriously though, he liked it when we lived together so…

I don’t know, maybe this is why I’m single. 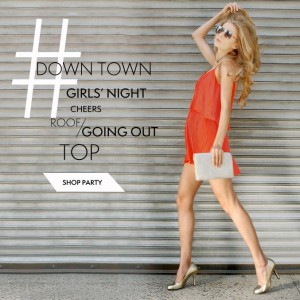 Sort of a trick question because of course, the answer is nothing-unless you answered custom shoes at half price.

Living Social has a deal for Chromatic Gallerie this week-50% off your order.  I’d never heard of this company before but as a shoe lover it seemed like it was my duty to check it out.  The shoes come in three different heel heights, 45 colors, and 4 different materials.

Although the styles are more basic than groundbreaking, they would be perfect for brides and bridesmaids -they even offer discounts when you buy multiples of the same shoe! 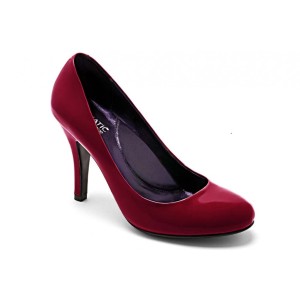 I know I’m The Chic in Chicago but some days, mostly when work is tough, I think about being 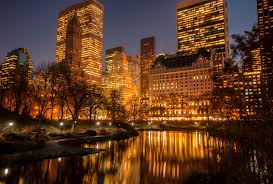 The Chic in New York

Possibly Paris, that would make a good blog name on it’s own. 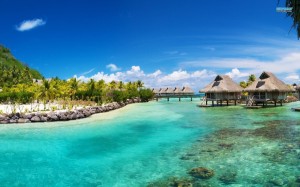 Or maybe just a beach in Bora Bora.

A girl can dream, right?

I have a confession to make.  I have never been inside Ikram.  It completely and totally intimidates me.  Perhaps not even the store so much, I have no issue walking into Hermes or Chanel and I can’t really afford anything in there either, but Ikram herself.  For those of you who don’t know, she’s basically the Oprah of fashion.  The woman who single handedly legitimizes any claim that Chicago can have on fashion, and like Oprah, Ikram is a kingmaker.

Ikram may have come to national attention when dressing Michelle Obama but she was at the forefront of the fashion word long before that.

“The influence of a chain like Barneys is obvious, but a handful of other boutiques — including Colette in Paris, Maxfield in Los Angeles, 10 Corso Como in Milan and, of course, Ikram in Chicago — can do as much to establish a market for an emerging luxury brand as any national department store. At the highest end of the fashion industry, they are the gatekeepers and anointers. “Even if an account is from Russia, I always tell them I’m carried at Ikram,” said Stephen Courter of Ohne Titel. “They’ll have more trust in the label.”” 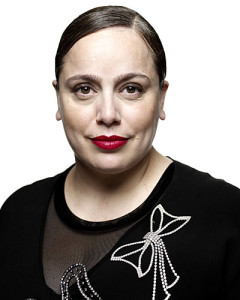 In some ways, Ikram is not like most of the women I usually think of when I think of my personal fashion icons.  She doesn’t live to be photographed, or wear the outlandish clothing of Daphne Guinness.  And yet, she’s arguably shaping the world’s fashion scene more than any of the it girls on the covers of magazines.

Ikram and her eponymous boutique don’t follow trends, they set them.  But more then trends she has a high focus on quality and is known for being unfailingly rigorous in the standards for the clothing that she caries.

If you can afford to shop at Ikram, you’re bound to get clothing that will stand the test of time in both form and function.  And you might even catch a glimpse of Ikram herself.

Just don’t expect to see me there.  I’m still irrationally terrified of her. 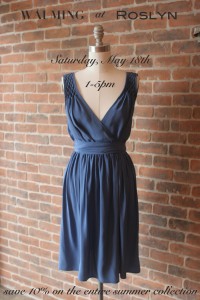 Looking for something fashiony to do tomorrow?  Head to Roslyn between 1 and 5 pm.

It’s a little short notice but Parson’s graduate Emily Brady Koplar will be in the store showing her spring/summer 2013 collection.  And there will be sparkling wine.

Located in Bucktown, Roslyn is always  worth stopping by.  With brands like Vera Wang’s Lavender Label hanging along side independent designers this boutique is one of my go to’s for formal wear.  If you’re not acquainted with this shop now’s a great time to check it out! 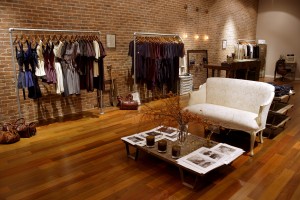 Cool article about the emergence of the luxury tech sector.  It’s amazing to see how quickly the internet has gone from geek to chic if you will.

One of the great things that the internet has done for the luxury market is that it has given access to a much wider group of people to luxury goods.  Granted, you still need to have money to purchase a something, but the barrier to buy .  Frankly, I can’t afford to buy much of what I look at online.  And yet I still spend time pouring over Moda Operandi now the way I would have done with Vogue in high school now the latest information is always at my fingertips and I’m able to see live streaming fashion from Paris Couture Shows at the same time as Anna Wintour.

So, what good does this access give if you if you can’t actually buy something?  Access gives inspiration.  The same way young writers learn to hone their style from reading others, young creatives grow from seeing the works of others.  Plus, when you’re young and living in a small town in the midwest, it’s a comfort to know that there are others out there who dream of the same things you do.

I also love that a lot of these innovators are women.  When we think of technology I think that there’s still a tendency to think of Steve Jobs, Bill Gates, Mark Zuckerberg…But the ladies on this list are proving that women are just as able to carve out a profitable niche on the internet.

For me, I have to say the gold standard is still Net-a-Porter.  They were really one of the pioneers of online luxury shopping and continue to innovate both with their fashion and technology.  From developing exclusive products to their website to introducing newer brands to consumers through their well curated mix of e-commerce and high quality editorial content they are still the leaders in the online fashion market. 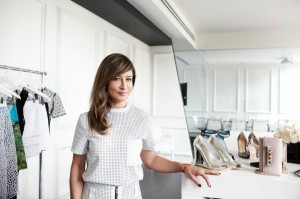 Which of these innovators are your favorites?

I finally went to the Picasso Exhibit at the Art Institute today.  I’m not really sure why I waited so long except procrastination since I was talking about going since the day it opened.  At any rate it was worth the wait (though it was probably a bit more crowded today than it would have been a few weeks ago with people trying to see it before it’s gone).

There’s still two days left if you’re in Chicago and haven’t seen it it’s worth going. 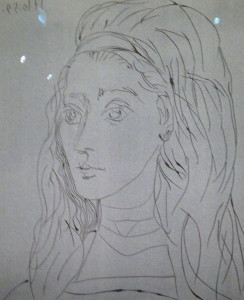 The good news is if you can’t make it this weekend the next exhibit is about fashion and impressionism.  The gift shop is already filled with fashion inspired goodies.  I can hardly wait 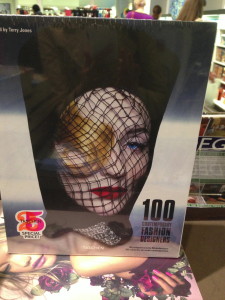 And of course no trip to the museum would be complete without an obligatory reference to Ferris Buler’s Day Off with a shot of the Chagall windows. 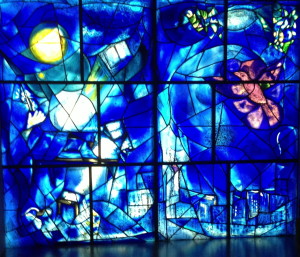 I get that no one really reads this blog yet (well, hopefully yet, possibly ever) so I don’t expect a lot of comments but WTF is up with all the spam?

This post is probably a bit belated since I’m writing about something that’s happening tomorrow but, if you’ve got the day free I highly recommend a little road trip to Winnetka.

For my money, I think that the book department is one of the best things about the sale.  There are so many beautiful art and architecture books (some of the ones I bought are below and yes, I bough a lingerie book at a church rummage sale.  It garnered quite a look from the church lady who sold it to me).  I snagged the books from the Louvre and British Museum for 2 and 3 dollars respectively.  A steal, right? 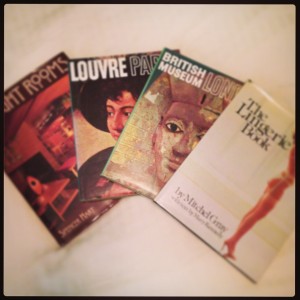 Clearly this book was meant to be, it had a book mark from my second favorite bookstore, the Boulder Bookstore!

I also managed to snag a vintage (from the 90′s, yes that’s vintage fashion now and it kills me a little) dress from Laundry though it didn’t photograph well.  It’s a bit snug so hopefully I’ll be able to squeeze into it for some weddings this summer.  Fingers crossed…

Let me know if you go and get anything good!

Very thankful for the type of friends who remind me that I’ve been saying since before it opened that I was going to check out the Picasso and Chicago exhibit at The Art Institute and I still haven’t actually gone.  The exhibit only runs through Sunday so if you want to get there you’ve got to make plans to actually GO!